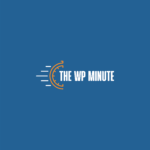 Jetpack gave us all a boost by pushing out a forced update patching a vulnerability in the Carousel feature. Tony Perez illustrated his point of view on how forced updates, in the hands of bad actors, could be a risk for the software.

Brandon Kraft, part of the Jetpack team, tweeted that the forced update was justified by the meta/security team since 18% of Jetpack sites were affected.

“If the WordPress Economy were a country, it would rank 39th in the world according to an IMF list of countries by GDP.”

In partnership with research firm Vanson Bourne, and
the Institute of Management Studies (IMS) at Goldsmiths University of London, WPEngine has put together a report on the size of the WordPress economy.

Acquisitions of a smaller scale.

Iain Poulson has sold PluginRank to Awesome Motive, a quote from Syed:

“As soon as I started using it, I fell in love. This is an essential tool for all WordPress plugin owners who’re looking to grow their plugin business.”

One of the biggest takeaways for Iain from running such a young company:

“The biggest benefit I’ve seen is since starting the app is all the learning I’ve done.”

Jilt is shutting down on April 30th, 2022 since SkyVerge was acquired by Godaddy back in September 2020.

“While it’s hard to say goodbye, we’re excited about our next chapter at GoDaddy “

Gaya Kessler announced that JJJ is the new owner of the plugin.

Paul Charlton, also known as WPTutz on YouTube, published a scathing review of Elementor 3.3 stating he wants the pagebuilder to fix some of the issues surrounding the initial 3.x release.

Meanwhile, Elementor has opened up a waiting list for their upcoming cloud solution which Davinder from The WP Weekly reports will be starting at 19.90/mo.

From the grab bag