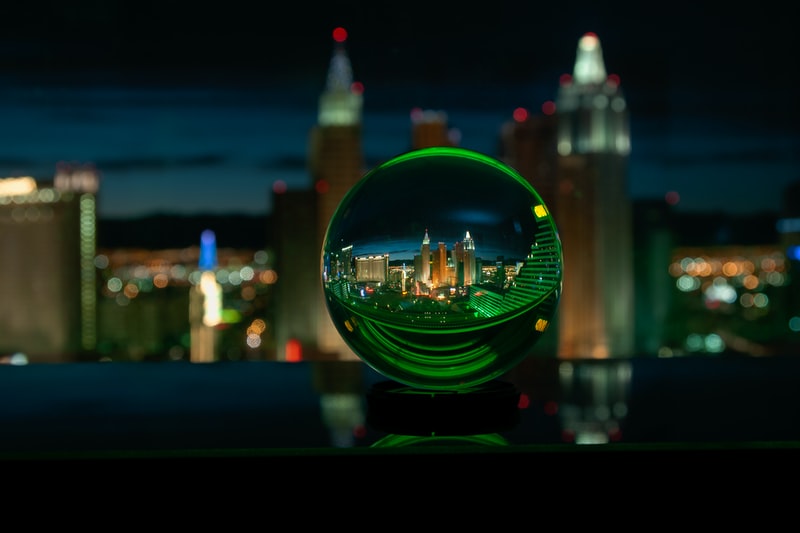 The WP Minute
What would GoDaddy's WordPress look like?

Whoever thought that Apache web server would be de-throned in it’s prime? Hello NGINX. We see you Cloudflare. Red Hat and Fedora linux showed up, but then the world went faster together with Ubuntu.

Intel dominated the chip space forever. Still does, technically, but AMD and Apple are going after their lunch including the paper bag it’s packed in.

Sprinkle in the open source coding languages, tooling, and protocols over the last 30 years and everyone shouts open operability — until they get control — and then it’s “our way is better than your way, see ya later.”

Why I want WordPress to win

Probably for all of the reasons you do too.

I love the software, it affords me a career, a specific lifestyle, and it puts food on the table. I think WordPress is the best piece of software around to help drive a technical workforce.

First, because of its flexibility. Second, because it’s open source. But not open source like Swift — which is locked into Apple. WordPress can run and do a lot more than other “closed” open source projects.

The open source software could be powerful for local community programs that train, spread awareness, and deploy solutions around WordPress which leave real impacts on society.

An approachable solution to publish and consume local government topics which are crucial to a town’s population. Non-profit and news that sorely need a low-cost solution to democratize publishing. Understanding how programming, the internet, and technology works for a young (or old!) demographic.

I want WordPress to win because of that, not because it makes a prettier website than Wix.

If you love open source, you have to love the fact that you’re not in control.

It’s going to be dealing with the ups and downs, letting humans settle the issues at hand. You hate a feature? Too bad, wait for someone to change it. Your favorite part of code just got shipped? Now stand and defend its existence in each future version.

Not in control? Fork it.

But GoDaddy could. It wouldn’t be easy.

None of this is easy. Who said it would be?

Open source is giving up direct control, knowing that you have to deal with the wait: volunteering, funding, resources, project direction, etc. It means dealing with the flaws of humans or herding cats, as some call it.

Otherwise you put someone in control, let them decide all the things, and you get something that isn’t open source. It’s called Apple, where they build a great commercial product but only release a sliver of it through open source.

It’s the brittle timeline of WordPress we’re living in now. On one hand, we need a leader like Matt, on the other he’s a benevolent dictator that doesn’t want to leave.

On one hand, he needs the community to rally around the cause, volunteer at all the things, and generally drive innovation for good. On the other hand, he can walk into any board room with his 43% of the pie, and raise enough money to do it all himself — WordCamps and all.

But he’d still have his kryptonite: Time.

In defense of Matt Mullenweg

I don’t envy his position, plus I think he does way too much.

.org release lead, CEO of Automattic and the dozen+ products it has, Tumblr guy, investor, I think philanthropist, and then he has to live a life.

My gut tells me that none of this is moving fast enough for him.

WordPress competing with other platforms, WooCommerce being more real, and exercising this desire to weave open source (through WordPress) into the fabric of web technologies.

And that last part, is what got us into this recent mess.

I’m not going to link up his tweets or screenshot them, you can check out this article by MasterWP if you want to see an archive of his “WP Deplorables” moment.

The straw that broke? Was a tweet in reference to Newspack.pub and Matt’s urge to defend the importance of open source + WordPress in journalism. Specifically for local journalism. Which as I stated above, I’m 100% in favor of.

The cost of running a media business is already high enough, we don’t need fees and software to be the blocker to publishing stories that impact a society.

And it was in this moment replying to a GoDaddy employee that Matt summoned his Will Smith impersonation and slapped an entire group of humans for no reason at all.

I mean, I Am Legend was one of my favorite movies.

What if GoDaddy had their way with WordPress

They’d have no choice but to give back to to the project 100x what they do now.

There are a lot of great people building things for WordPress at GoDaddy these days. Even if you include my fanny-pack wearing ex-boss that lets more bad tweets fly than good. They’re employing a lot of people that help usher WordPress along.

In fact, when it comes to supporting the community, GoDaddy is great. They reach out to me and my content creating colleagues to see if there are ways to support us. You might even hear a sponsorship spot from GoDaddy on a future podcast episode.

Jetpack recently passed at a sponsorship opportunity with me. I never heard from anyone at WordPress.com, you never see a WordPress ad anywhere. Either because they don’t need it, or they don’t realize they need it.

This is where Matt will start to lose ground. Connecting with the community.

But let’s cut straight the chase: While GoDaddy spends on marketing and showing up at WordCamps, it’s not like they directly employ 40 people to commit to WordPress core.

I’m not as smart as Mullenweg, but GoDaddy’s current market cap is just north of $11 Billion dollars. Back of the napkin math tells me that half a million a bucks a year to ensure the open source software which nets you a few billion a year, is not a hard pill to swallow.

This seeming lack of dedication to re-invest back into the open source project by a company with a fiduciary responsibility to get shareholders paid, would send any Fresh Prince into a tailspin.

And it’s not just GoDaddy, it’s every company. It’s Matt’s Five for the Future.

Just imagine if GoDaddy called Mullenweg’s bluff and threw a million dollars of salary to WordPress core every year. If Matt really wanted to be in control, as we all like to pontificate, what would Automattic do?

Call it? Raise it? Fold?

Along with not being as smart as Matt I’m not an Anthropologist either, but imagine the dynamics of a jousting match like Automattic and GoDaddy investing resources into WordPress core?

Maybe in that timeline you’d love Full Site Editing? Maybe I wouldn’t want to rip my face off trying to set up a new menu item.

And as these two titans clash to click the commit button, other organizations from around the globe start to weigh in too. I mean, we don’t want Automattic and GoDaddy to be the ONLY ones controlling this software that we love…do we?

Imagine what good would come of these giants touting a tagline of “$1million dollars invested every year into writing code for WordPress.” Now imagine $100 million.

We the people would be better off with a product like that. But who do we leave our fate to?

Who is a better leader: Matt Mullenweg, GoDaddy, or you?

What’s getting us into this mess is that Mullenweg is towing two lines, commercial and open source. I’d go as far as saying not because he wants to, but because he has no other choice. I mean, GoDaddy, call his bluff, throw more money & bodies at WordPress core — let’s see what we get.

I’m sure there’s plenty of backroom dealings I’m not privy to. Maybe GoDaddy doesn’t want to bundle Jetpack, PeachPay or whatever CPM means that goes back into Automattic’s coffers. And I’m not foolish, it just means it goes into GoDaddy’s instead.

Maybe like the tabloids read, GoDaddy doesn’t want to give back to something they feel is really funding the Automattic engine.

Whatever it is, the idea of WordPress should not be lost. WordPress is valuable because of it’s community. If that starts to erode then WordPress becomes less valuable, and we lose a lot more than just a fancy website building tool.

People come to WordPress because of the technical reasons it does really well. They stay because of the community, because of Matt, Automattic, and GoDaddy. We are here because you can’t knock on Google or Apple’s door and say, “Hey I want to talk to you about where this project is headed.”

I’m here because I believe in this shit, and you should too. If you don’t, then please move along.

WordPress can be Matt’s, or it can be GoDaddy’s, it could be with or without Gutenberg & FSE — but it isn’t any of those.