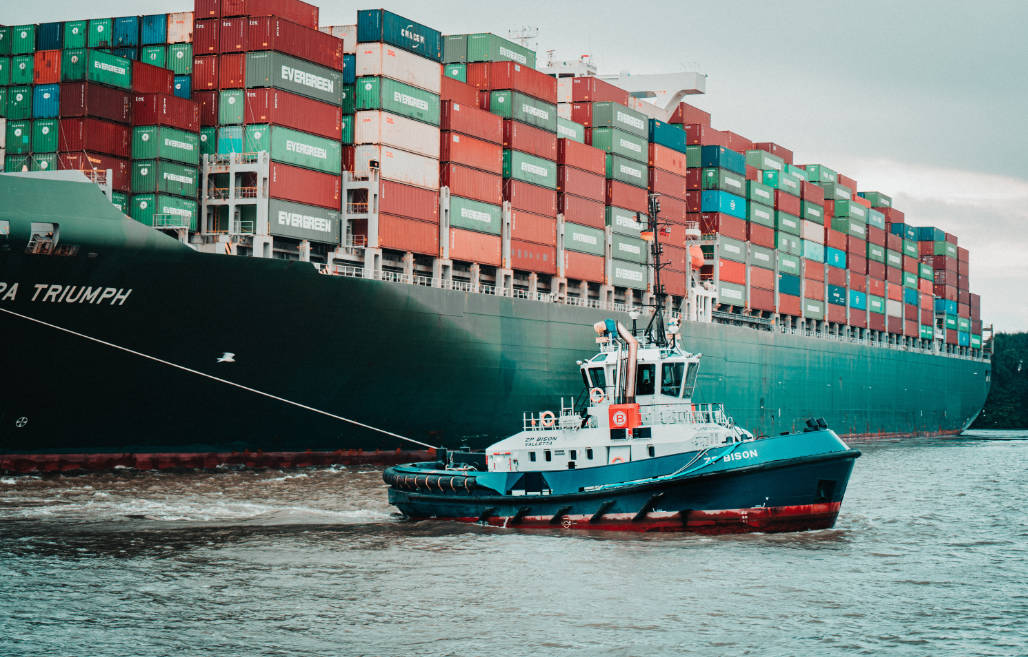 WP Minute producer Dave Rodenbaugh of Recapture.io discusses what the supply chain issue is with eCommerce and why it is still an issue.

The US imports over 41% of its consumer goods from China and these imports come in through two ports – Long Beach, CA or Los Angeles, CA. During COVID people were buying online at a skyrocketing rate and those goods were coming in containers and unloaded. However, there was already a shortage of truck drivers and port workers and with the pandemic this problem has escalated. This means that containers stacked up at the ports and ships waited in the harbor. Today, that record is 96 ships waiting.

To address this issue, local laws have been modified to allow containers to be stacked higher, but they are not moving quickly enough. About 80,000 jobs are still open and that’s why items are still not moving. For example, cars and car parts are sitting in containers and can’t get to where they are needed.

According to Bloomberg from December 4th the average waiting time for a ship to be unloaded is 20.8 days! It used to be 6 days – pre pandemic. And the cost of shipping containers has also risen dramatically the past two years as well. The freightos index shows that the current cost is about 14K but the goods that may be on that container are impacting small businesses.

So this is the issue in a nutshell. Until we can move that freight completely from all points in the journey, we are going to continue to see small shortages and price increases everywhere. This will probably continue for months.

If you have other eCommerce topics you would like Dave to talk about, tweet at the WPMinute and he will put it on the show.

Photo by Mika Baumeister on Unsplash

It’s the WP minute. This episode is brought to you by mind size. If you’re looking for monthly WooCommerce report, check out mind size.com. Today’s episode is written and produced by Dave Rodenbach producer@thewpminuteownerofrecapture.io. It’s his returning episode on the e-commerce minute discussing the.

At the supply chain, if you’re out there going, man, am I going to get my presence? This holiday season for my kids? They will kind of give us a little insight into that and, and the impact the supply chain has on the e-commerce world. We really hope you enjoy today’s episode with Dave. If you do thank him on Twitter.

This week. I want it to talk about an ongoing crisis in e-commerce that you’ve probably heard a bit about, but you’re likely confused as to why it’s still a problem. And that would be the supply chain issue. So we’ve been hearing about supply chain delays since the beginning of the pandemic here in the U S.

You probably suffered through some shortages of consumer goods, like toilet paper buying, fresh meat, like chicken or beef. And now you’re probably seeing those items on your shores store shelves again, but everyone keeps talking about supplier, June issues, supply chain issues doesn’t make sense. Right. So let’s unpack that.

First of all the United States imports over 41% of its consumer goods from China. There’s some smaller amounts that come from Vietnam, India, and Germany. The total is about 56% of, of its total consumer goods come from overseas. That figure has remained fairly consistent for the last four years.

According to jungle scout. So 40% of all those imported goods pass through one of two ports in the United States, either the port of Los Angeles or the port of long beach, for those that know their California geography, that basically means the greater Metro area of Los Angeles is responsible for 40% of all consumer goods coming to the United States.

That’s huge. Now let’s spice that up a bit during COVID. Consumer online spending increased dramatically. So those goods started. Over in containers. Once they arrive, the workers would unload the containers and then move them to trucks or railroad cars for further distribution in the United States. But before the pandemic even started, there was already a truck driver and warehouse workers shortage to the tune of about 61,500 jobs, which under the pandemic skyrocket at another 33% higher to 80,000 jobs.

And no. Fill them. So without these essential workers to move freight, the containers just stacked up at the ports. And eventually the ports build up causing the ships with new containers, to idle in the Harbor, waiting to be unloaded, which then created a line of ships all the way out into the Pacific ocean at its high point of over 96, unloaded ships that.

The number today. So recently the local laws in California, specifically in long beach, long beach and Los Angeles were changed to help get some of the ships to unload by stacking containers higher than was previously allowed by. But there’s still a bottleneck of moving that freight from port to its final destination.

Those 80,000 jobs are still open right now. And that’s why we’re seeing some items on shelves remain unstopped or very low stock. And you see emails from stores to say shop early. So we still have stock during the holiday. That’s also why things like cars have increased in price, both new and used ships that are required in every vehicle.

Now are simply sitting at sea and can’t get to their final destination parts to prepare cars are sitting in containers at port and can’t get to the garages that need them. My own repair garage told me a story about holding one of their cars for five months because they couldn’t source a part to repair.

Anywhere in the United States at any price, they were willing to pay anything. Still couldn’t do it. That story is unfortunately a very common. According to Bloomberg from December 4th, the average waiting time for a ship to be unloaded has reached an all-time high of 20.8 days almost 21 days. The average for most of the summer before September was about six.

Dollar’s a container currently we’ve dropped to a much lower point of about 14,000 9, 34 as of December 3rd on the FBX, which is the Freightos Baltic index that talks about the current prices of shipping containers. But for a container that likely has between 30 and $40,000 worth of goods on average, that is a terrible cost increase for most small businesses.

So that’s the supply chain issue in a nutshell, until we can move that freight completely from all points in the journey, we’re going to continue to see small shortages of things everywhere and price increases for almost everything. And it’s going to keep going on for months to come and for. I hope that was helpful for you this week.

If you have other e-commerce topics, you’d like me to talk about tweet at the WP minute and I’ll put it on the show until next time. Thanks Dave. Thanks listener. If you want to go to Twitter, thank Dave for his contribution to the WP minute. This. And join as a producer, just like Dave, contributing to WordPress content all around the world@buymeacoffee.com slash Matt report.

That’s buy me a coffee.com/matt report. Thanks for listening. And we’ll see you in the next episode. .

Funding a WordPress news business
State of the Word 2021